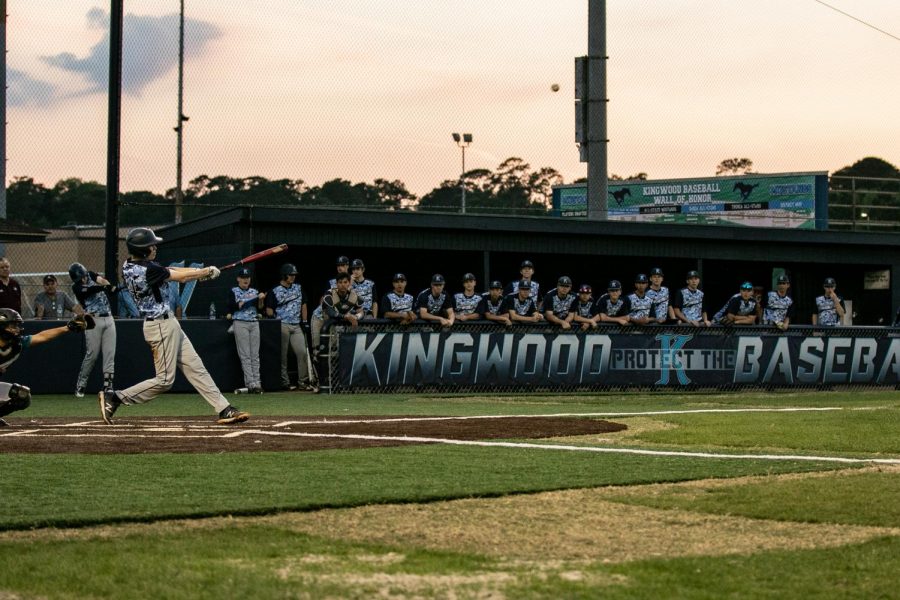 The 2019 Kingwood High School Baseball season has been a long and arduous journey, lasting from the beginning of January to (hopefully) the beginning of June. The program, currently run by Head Coach Kelly Mead, has had a history of excellence with one State Championship in 2005 and countless district championships since. This year proves no different as the players and coaching staff have sacrificed hundreds of hours practicing, conditioning, and competing, all in search of another elusive State Title. The three teams that comprise the baseball organization – the Sophomore, Junior Varsity, and Varsity teams – have each worked extremely hard to master and perfect their craft in order to achieve their own goals for the season. Because of the intense amount of time and effort put into the 2019 season, the results have been an overall success with all three teams earning a winning record and potentially much more. 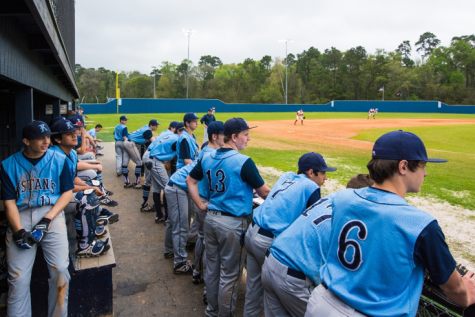 For starters, the Sophomore team, headed by Coach Dennis Whitmer, ironically consists of 22 freshmen, and the team has put on a solid showing this season. Their overall record, 13-7-0, means that they played a total of twenty games, winning thirteen of their games, often in dominant fashion, and losing only seven. Specifically in district play, their record was a strong, 11-3-0, only losing to Atascocita and Dobie, while their tournament and non-district play reflects a more modest record, going 2-4-0. The sophomore team represents the future of Kingwood Baseball, and the young players’ continual development and improvement provides hope for a bright future. 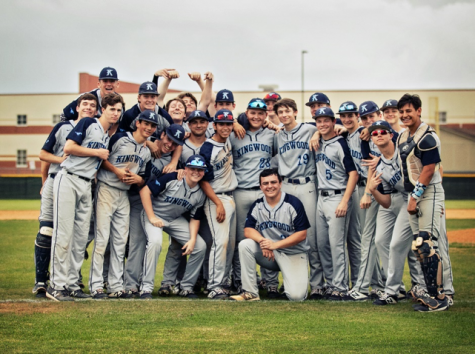 headed by Coach Jared Burt, consists of eight juniors and nineteen sophomores, making a team of 27. Their impressive record of 19-5-1 – nineteen wins, five losses, and one tie – demonstrate the team’s ability to rally and win close games against skilled teams. Relying heavily on the performance of the pitchers, the offense was continually able to scratch a couple runs during tight games early in the season, and by the end of the season, the team had become extremely productive at the plate. They went undefeated in district with a record of 12-0-1, beating teams like Summer Creek and Atascocita, and they kept the three year streak of becoming Undefeated District Champions alive. Their tournament play and non-district performances were much less extraordinary than their district ones, and that record was: 7-5-0. The team’s only losses came from these series of games when lapses in focus and the lack of solid at-bats with runners in scoring-position ultimately resulted in their downfall. Serving as the precursor to the Varsity level, the Junior Varsity level helps prepare players for the intensity and importance of Varsity Baseball.

The Kingwood High School Varsity Baseball team, spearheaded by Coach Kelly Mead, has performed phenomenally this year. With a roster of 29 athletes, the team’s main leadership comes from the seventeen seniors who serve as the role models that teach the underclassmen the way the program should run. The rest of the roster is made up of nine juniors and three sophomores. This season has been really productive, finishing the year with a record of 22-5-2, a district title, and a secured spot in the playoffs. 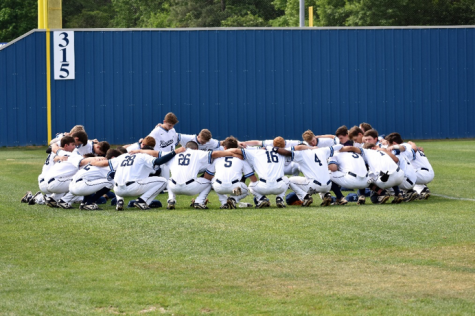 In district, they only lost one game to a tough Summer Creek team, allowing them to come away with a 14-1-0 record, and, most importantly, the aforementioned spot in the playoffs. With a solid offense and a sound defense, the team has a good chance of winning their way to Round Rock, Texas for a chance to attain another State Championship. While their tournament and non-district record was less spectacular characterized by eight wins, four losses, and two ties (8-4-2), these games were generally much more competitive and reflective of the kind of top tier baseball seen in the playoffs. Throughout the season, Coach Mead has emphasized the importance of integrity, believing that if every person does their job with passion, when nobody is watching, and to the best of their ability, then the team will be prepared and successful in the playoffs. Being ranked the fourth best 6A program in Texas, the stats reflect the team’s capability to win it all, but ultimately the team’s actual success depends on the players’ ability to overcome adversity and do the “little things” right.

Whether or not the playoffs prove to be lucrative, the 2019 Kingwood Baseball Journey has been fantastic, and it has transformed both players and coaches. As this successful season comes to a close, the only thing to do now is to get ready for the next one, which will be even greater!