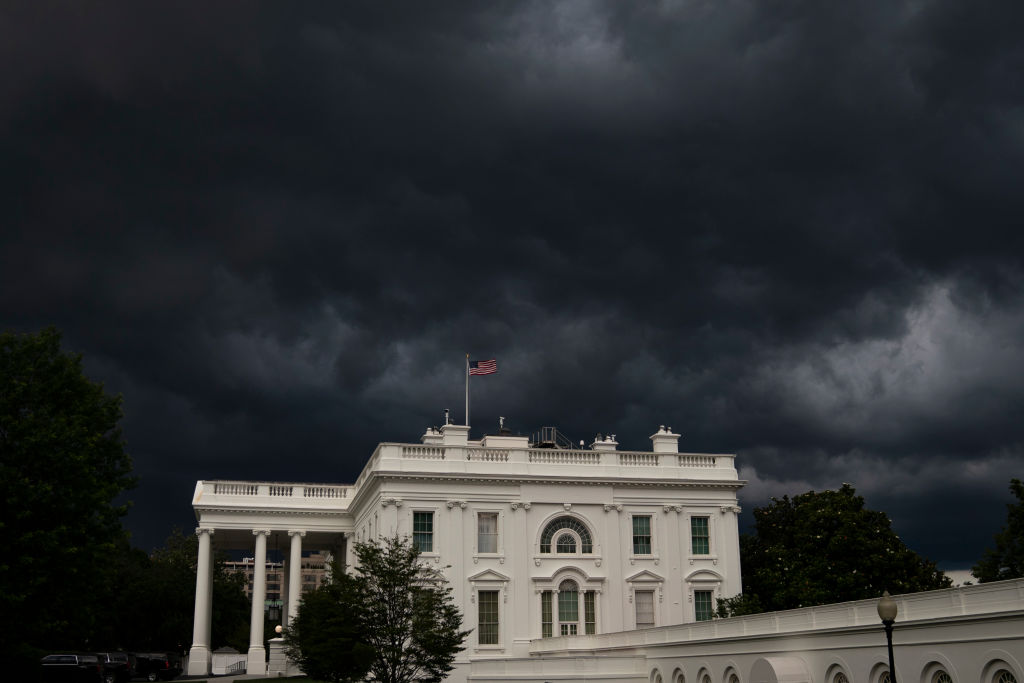 Overcast of 2020: What is happening in the White House? (Photo by Drew Angerer/Getty Images) (Getty Images)

Overcast of 2020: What is happening in the White House? (Photo by Drew Angerer/Getty Images)

A History of Controversial Elections in the United States

Falling in line with what one might expect from this year, 2020’s Presidential election will be talked about for years to come.  I want to look back at some of the most controversial elections in the United States.

Let’s start with one of the earliest contentious elections, the election of 1860 that came right on the heels of The Dred Scott decision of 1857. The Dred Scott decision established how the government stood on the issue of slavery, and brought attention to an already divisive topic within American politics of the time. This election cemented the modern two-party system of today. This election of 1860 was a win for the Republican candidate, Abraham Lincoln, ultimately pushing the country towards Southern secession and the brink of the Civil War. President Lincoln took the victory with only 40 percent of the popular vote and 180 Electoral Votes split across four candidates.

The next major disputed election was in 1876 when an Electoral Commission had to be established to decide the results. The dispute came down to Louisiana, Florida, and South Carolina, and Congress decided to create a bipartisan electoral commission of equal representation of senators and Supreme Court justices. In this instance, one of the Democratic commissioners was then appointed to another office, leaving only the Republicans with a deciding vote.

The Democrats were over confident in this election but didn’t account for the state of the country during Reconstruction. An interesting note to the 1876 election is that it was not decided until March of 1877 for President Hayes. Reconstruction (1865-1877) was the era after the Civil War and enabled much of the progress that African Americans made after the war. The election was basically decided in a back-room deal known as the Compromise of 1877 between the two-parties. At this point, the 11 states that had seceded re-entered the Union post war. The Republicans agreed to end military Reconstruction and removed their federal troops from the South in exchange for Democrats allowing for Republican President Hayes to take office. Unfortunately this cost African Americans the progress they had made and ushered in the Jim Crow era which lasted until the 1960’s.

The elections of 1960 and 1968 brought another shift in American politics – it was the first election with  televised debates and Kennedy was able to capture this audience. Robert Kennedy’s instrumental call for the release of Martin Luther King, Jr. on bail won JFK 80% of the black vote in the North won him further votes. Kennedy won the race by beating Nixon by less than 100,000 votes in the national popular vote. Nixon could have easily contested the election as there were irregularities in Illinois (Chicago) and South Texas, but chose not to divide the country. This was also the start of the civil rights movement in the U.S. leading to divisions across the country with the beginning of the actualization of equality for African Americans with the Voting Rights Act of 1965 and the dismantling of Jim Crow laws in the South. The Vietnam war that was also going on during this time created divisions from an anti-war sentiment within college campuses which resulted in protests and the dodging of the draft.

The next election of 1968 took place in a year that had the assassination of Martin Luther King Jr. and Robert F. Kennedy along with the rioting of the civil rights movement and the Vietnam War. Richard Nixon was back in the picture, running a campaign on “Law and Order”. He was up against Hubert Humphrey, who was pushing President Johnson’s “War on Poverty” and progress with the civil rights movement. The third party candidate from Alabama, George Wallace, ran in opposition to the civil rights movement, still supporting segregation policies and wanted to upset any party from winning a majority of the Electoral College. In the end, Nixon won out the popular vote by a small margin, but won by a large margin in the Electoral College, winning most states outside the Northeast. Richard Nixon’s victory started the rise of the Republicans in the next generation of presidents to come. .

In more recent years, another contentious election was in 2000 between Al Gore and George W. Bush, sometimes known as the “hanging chad” dilemma. It came down to Florida with only a few hundred votes deciding the election. After many lawsuits, recounts, and arguments back and forth for over a month, the case rose to the US Supreme Court, which ruled (5-4) to stop the recount, resulting in a narrow victory for George W. Bush, by 537 votes. The election of 2000 led to significant reforms in the quality of ballots and required more states to adopt stringent and tighter voter-id regulations. This set the stage for 2016, when we saw Trump, the outsider to politics, take the presidency through the electoral college but lose the popular vote to Hillary Clinton by a margin of 3 million votes.

So where does that leave us today? Contentious elections are nothing new, but what shapes our great democracy is that elections allow candidates to spar and discuss their different issues in a civilized process following the law. Today’s difference may be a result of  how polarized and equally divided we truly are as a nation. Constitutional Scholar Rogers Smith was asked about his opinion in an interview shortly after the 2020 election on the changes it  might bring and his response was telling.

“I hoped that we would decide that is not who we are, that we would send a clear message that the commitment to building more perfect union is who we wanted to be. We didn’t get that message. We failed to make an emphatic statement on more inclusive and egalitarian conceptions of America this time,” said Smith. “But this election is not the last word. We can go forward, and we can still work for that.” ”

On a positive note, more and more people have finally engaged in their right to exercise their vote than ever before, despite COVID-19 and all its limitations. 2020 will go down in history for many things, but one highlight will be the total number of votes cast for president, which currently range from approximately 157.1 million to 165.0 million, according to the still-updating Bloomberg model. Every vote counts.