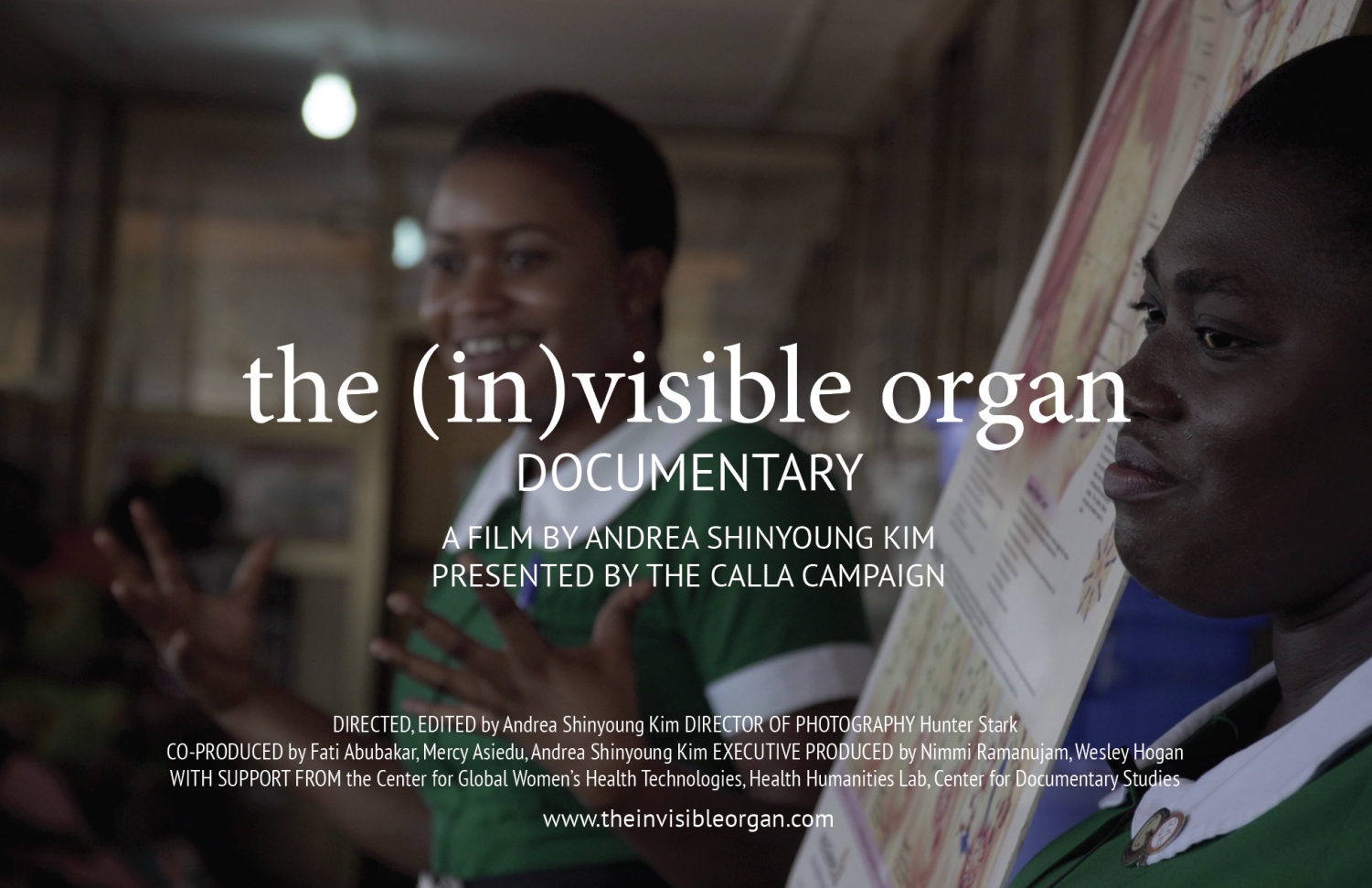 The (In)visible Organ film premieres in January 2021 and will dive into innovations and reforms in reproductive healthcare.

How Can An Organ Be Invisible?

When you see or hear the word “organ”, what comes to mind? Perhaps you think of the brain, heart, stomach, or lungs, or maybe your mind conjured up the chord progressions of a certain musical instrument. Regardless, when it comes to the integral parts of our bodies that unconsciously and perpetually carry out life-sustaining functions, the organs you might think of are often the ones discussed most commonly. While we can’t see most of our organs doing work within us, there is one particular building block in the bodies of about half of the world’s population that can be considered “invisible.” The organ in question?

The cervix is an organ that brings about life, as part of the female reproductive system. It experiences growth and pain, exhibits incredible resilience, and constantly transforms and evolves based on the body’s needs and as a result of infection or trauma. Yet, the cervix does not typically arise as a subject of conversation among people discussing health. Most individuals do not even know what it looks like. The cervix, alongside the female reproductive system as a whole, is often surrounded with shame and stigma, but health issues involving this organ impact more individuals than one may realize. To demonstrate, according to the American Cancer Society (ACS), approximately 500,000 women worldwide are affected by cervical cancer. In 2018, 311,000 women died of cervical cancer. The ACS projects that within the United States, in 2020, about 13,800 new cases of cervical cancer will be diagnosed, and about 4,290 women will die from cervical cancer. Cervical cancer is one of the most common causes of cancer death for American women, and, according to the World Health Organization (WHO), it is the fourth most common cancer for women globally. It is very possible that you may even know someone who has been affected.

Despite these numbers, the WHO describes cervical cancer as “one of the most successfully treatable forms of cancer” when diagnosed, with early detection and effective management. With this being the case, a women-led team of researchers from the Duke University Center for Global Women’s Health Technologies began to ask why so many preventable, premature deaths to cervical cancer continue to occur.

The primary method of cervical cancer prevention is the gynecological pelvic exam, which includes a Pap smear. Cervical cancer rates have decreased as the exam became more widely used; however, receiving regular screenings of one’s cervix can require a large investment of time and money, weakening its accessibility, and the tools and methods used for this exam often serve as a source of discomfort and dread for women who are subject to them. For over a century, the metal speculum has been the tool that doctors have used in a gynecological pelvic exam. Often reported as causing pain and discomfort, the speculum is designed with little sensitivity towards the female body. To combat this issue and the overall issue of these staggering rates, a women-led team from the Duke University Center for Global Women’s Health Technologies developed the Callascope, a cancer screening tool accessible to resource limited settings that enables people to self-image their own cervix in privacy. This paradigm shifting technology brings women of all backgrounds to the center of their own healthcare.

The (In)visible Organ is a documentary film that follows clinical studies of the Callascope in Accra, Ghana conducted by lead designer, Mercy Asiedu, as she works with nurses, doctors, and activists from her home country. This film tells the origin story of the Calla campaign, and how an interdisciplinary collaboration emerged to destigmatize the cervix and inner reproductive anatomy through art and storytelling.

In January 2021, Cervical Cancer Awareness Month, the film will be released and premiered, with a panel discussion that dives even further into the creation of the Callascope device and the arts initiatives that have already begun to unravel the stigma surrounding the cervix. Additionally, a discussion guide will be included for groups to evaluate perceptions and continue to gain a better understanding of the cervix and the impact of cervical cancer.

If you are interested in learning more about the film’s screening and following discussions, refer to the image and link below for more detailed information. If you have further questions or are interested in learning more in depth about the cervix, I have included some links at the end of this article. Stay tuned as we continue to make a seemingly invisible organ more visible!

Reforms to the Gynecological Exam