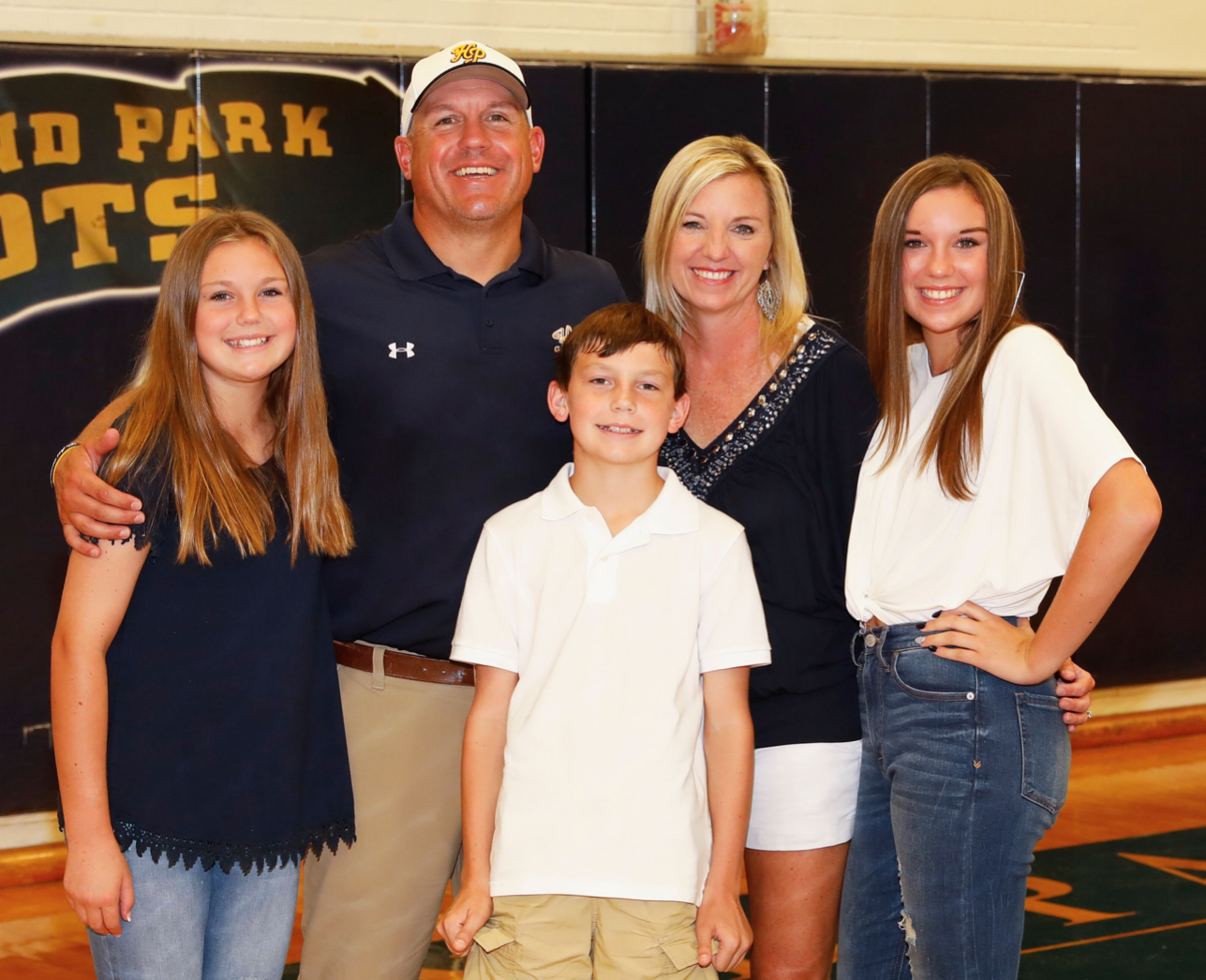 Welcome Coach Melton and his family to Kingwood High School as we look forward to an exciting year for Mustang Football. (Coach Melton)

Welcome Coach Melton and his family to Kingwood High School as we look forward to an exciting year for Mustang Football.

During our time in Quarantine, fellow sports editors, Jacob Shaw and Jake Nichols, had the pleasure of interviewing the new Kingwood Athletic Director and Head Football Coach, Ronald Melton, over Zoom. Coach Melton was previously at Highland Park High School where he was the defensive coordinator of a team that already has many state titles under their belt. Coach Melton was excited to share his thoughts with our editorial staff and provide an optimistic view to the upcoming season and his plans for the Mustangs. We are happy to share his excitement with the program that is already being felt by the players with his weekly Zoom connections, workouts, and inspirational talks he continues to have with them during this uncertain time of COVID-19. Below are some of the questions we asked Coach Melton and his responses.

What aspects of your leadership at Highland Park and coaching do you plan to bring to Mustang football?

What are some things offensively that we can see the team needing to focus on this season?

“It’s been a very run heavy offense. We’re still going to run the football. We are going to base out of a 20 personnel, its 2 back, we can do it traditionally whether its 2 backs on either side of the quarterback. We are also going to have some h-back stuff. We can have a run play that will set up a pass play which is predicated on what we call RPO’s. From that we will have other pass progressions that we’ll get into. When people say spread they think it’s chucking it down the field, but that’s not what we’re going to do. Our thing is, we’ve got screen game, we’ve got quick game, and all that’s going to do is help us open up the run game a lot more. You’re going to see us some more in some three receiver sets, even what we call ten personnel which is one back doubles and trips, so three by one and two by two. We’re going to work on throwing and catching a ton this summer and we are going to work on blocking. Run scheme is different from pass scheme, so you got to make sure you’re working both of them.”

How do you think your successful defensive style will impact Kingwood? What can we expect with this change for the Mustangs?

One thing Kingwood has in common that Highland Park had is that many of our players on the team have played together since elementary school. How could this be harnessed more into building cohesiveness on the football field here at Kingwood High School?

“The great thing is that they know each other and they’ve played with each other. The biggest thing is building relationships. There’s three types of teams. Teams about themselves and individuals who can sometimes win you games but not a whole lot. There are teams led by their coaches. Coach led teams will play hard, but they aren’t at a championship level. It’s teammates that are leading teammates. Those are the ones that are going to win, so that’s what we’re going to be about. It’s also about building relationships with your coaches and it’s about building relationships with each other which they should already have, but making those even stronger. One thing that we’re going to do different here is that we’re only going to go on one side of the football. You’re going to have guys that only play offense and guys that are only going to play defense, but they’ll mix in to play special teams. That’s going to give us a little more depth. that gets more people on the field, and we’re not going to be as tired. That’s the cohesiveness that we had at Highland Park and that’s why I came to Kingwood too.”

The big question for us in all of this is to understand our shift in zoning and how that will help or hurt Kingwood as a team. We already struggle to date with the bigger and more successful programs. How can we prepare for such a tough season of teams and not have a defeatist mindset too early in the season?

As varsity sports players in tennis and basketball, we would love to hear about your role as the new Athletic Director? We have some great athletics here in Kingwood that have consistently made it to state and won in many areas across swim, track, baseball, golf, tennis, recent basketball playoff run, wrestling, soccer and more. What do you see for Kingwood Athletics as a whole?

“I want us to win the Lone Star Cup, which means we’re not good in just sports, we’re good in everything that we do. My thing is this, it’s been working. Like I said, our business statement is to build champions. That’s champions in the classroom, that’s in athletics, and that’s in the community. I want our students to play as many sports as they possibly can. I was blessed in high school to play four sports. I played football, I played basketball, I did track, and I played baseball. I want our people to play as many sports as they can. Go play, enjoy your time right now. I tell all of our guys that this is a very small time in your life, so enjoy it, have fun and love what you’re doing. We want our students that aren’t athletes to know that we still care about them. We want to get to know them and build those relationships. What we always used to say is when you play one of us, you play all of us. That’s every student, every administrator, every teacher.”

As you can see, the excitement on and off the field in Kingwood Football and Kingwood Athletics will be welcomed by all of our Mustangs. Interviewing Coach Melton has been a highlight for our sports editorial team as we both serve as varsity athletes at Kingwood excited to collectively work together and take things to the next level for the Mustangs. Coach Melton gave us a goal to shoot for with the UIL Lone Star Cup that focuses on recognizing schools in their UIL classification division across Academics, Athletics and Fine Arts collectively as Mustangs working together to recognize our school.

We want to thank Coach Melton for doing this interview. We are extremely grateful and look forward to welcoming Coach Melton to our Mustang community with open arms. GO BLUE!