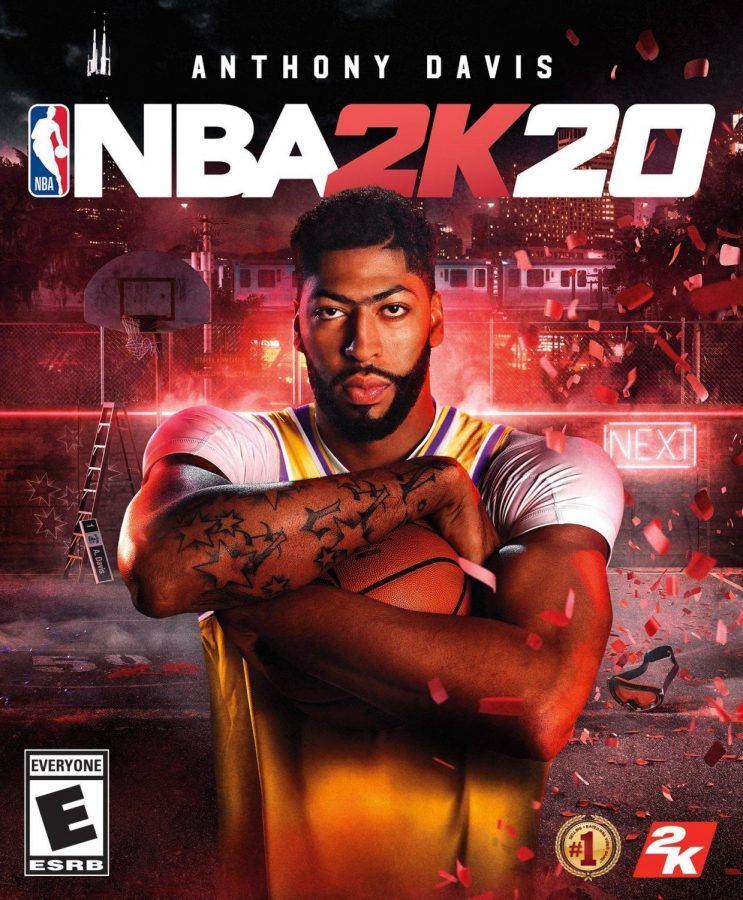 The twentieth installment in the 2K series, NBA 2K20 culminates the revolutionizing gameplay and graphics, along with their signature MyCareer mode into the best basketball game on shelves today.

The game consists of 2K’s standard Play Now, MyTeam, MyCareer, and MyLeague modes. Within the Play now mode, players are able to play multiplayer or single player, through Xbox Live and PSN. One can play on the Blacktop, in a 1v1, 2v2, 3v3, 4v4, or 5v5 setting, with players from the best teams in NBA history, or with current day rosters. One also has the option to play with WNBA players and teams, on Blacktop, or in a regular Play Now game. This feature, newly added this year, allows aspiring young girls to play as their idols and role models.

The next feature I will be reviewing is MyTeam. 2K is a step ahead of any competition in this category, as they own all advertising and marketing rights regarding NBA teams and players. You are able to build your own team, through packs and player cards and compete in many different challenges and tournaments, ultimately leading to the Grand Championship in which players from across the globe compete for a $250,000 cash prize, along with a trip to the NBA All-Star Game. I personally enjoy this part of the game greatly, as I play almost every day if I can, playing online trying to improve my team. A cool feature on MyTeam is that you can have a player which you created as your MyPlayer from MyCareer on your MyTeam. The player I created is one of my favorite players, and leads me into the next section of the game. The bread and butter of NBA 2K, the MyCareer franchise this year is revolutionary. Starting as a college senior, you choose to sit out of a tournament game, because your coach takes away your best friend who just tore his ACL in practice’s scholarship. This provides controversy and makes your draft stock uneasy. As you advance in the game as “Che” instead of “Pres” or “DJ” in previous games, the captivating graphics and screenplay are the best in the business.

The final feature in NBA2K20 is MyLeague. You get to play as either the CEO, General Manager, or Head Coach in this captivating mode. You control basketball operations and can make trades, sign free agents, and draft your next superstar in this all inclusive mode. Overall, I rate this game a 9/10. Simply, this game is not a 10/10 because of so many similarities to previous editions of the game, but at the same time, the consistency of 2K is what many players value. I would recommend this game to anyone searching for a new sports game to play, or anyone who has an interest in basketball.