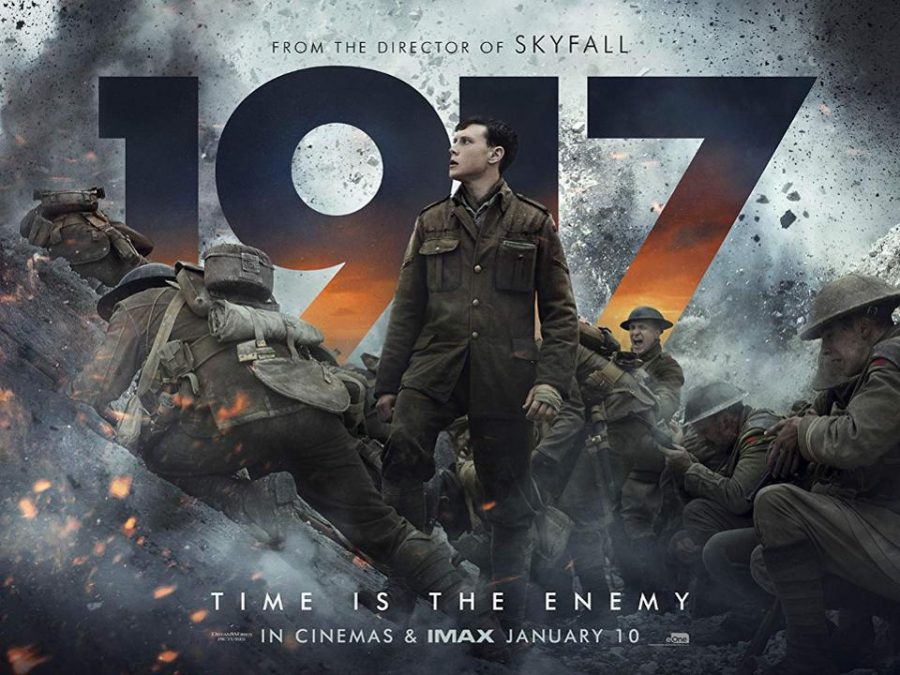 The movie 1917, which first premiered in London on December 4th, 2019, chronicles the mission of two British soldiers as they deliver an urgent message to a group of soldiers who are about to fall right into a German ambush. The movie was written and directed by Sam Mendes, but what sets the movie apart in my opinion is the cinematography of Roger Deakins. He managed to make the entire movie feel like one continuous shot, and when combined with Thomas Newman’s score, they created a powerful and moving drama. Overall, I thought the movie was really good and engaging, yet it did have some flaws. In my opinion, the driving theme of the movie—getting to the Corporal Blake’s brother before his company is ambushed—lost its traction after Blake dies. He dies relatively early in the movie, and he really doesn’t contribute much to the movie. At first, I thought that he was going to be the main protagonist, since his brother is the one that needs saving. But after he received and begins his mission, he gave me the aura of a naive, little brother that wants to play hero. While he has some heroic acts, such as saving Corporal Schofield’s life when the bunker collapses, Blake’s inexperience and reliance on the guidance of Scofield prevent me from fully connecting with his character. His early and inconvenient death further cements my feelings towards Blake, as he leaves his partner with the ungodly task of reaching the company alone. While I may not like Blake’s character, I really like Schofield’s character because he is able to conquer his fears, persevere, and save the company. His solitary trek across enemy lines was filled with suspenseful moments and thrilling escapes. His survival despite the countless obstacles and near death experiences seems improbable, but it is still a joy to watch. While his journey to deliver the warning of an ambush is full of excitement, the conclusion leaves much to be desired. The general presiding over the company was set up to be cocky and pretentious, refusing to listen to a measly corporal tell him to pull back when he thinks has the “enemy on their heels.” But in the end, the general just accepts the order and calls of the attack rather quickly and does not put up much of a fight. The finale of the movie when Schofield tells Blake’s brother the news and legacy of Blake’s death is poignant and touching, but it does leave me with slightly unsatisfied and ends the movie on a solemn note. But since the movie is based on true events, the real story does not reflect a fairytale ending, which is representative of the war and its devastating effects. Despite my criticisms, the movie was one of the best movies I have seen in awhile, and I recommend watching it for the beautiful visuals and engaging story.