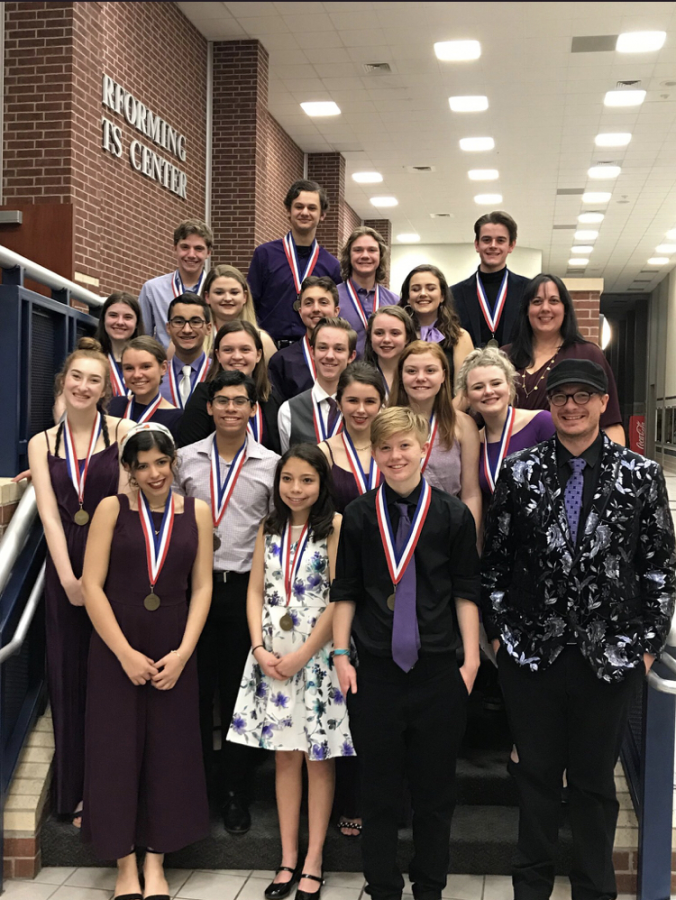 Every year, the KHS Theatre Department participates in the One-Act Play competition, a Texas UIL competition where theatre programs travel, perform a 40-minute play, and are judged and ranked based off of their performance. There are various levels of competition: Zone, District, Bi-District, Area, Region, and State. This year, KHS Theatre performed The Elephant Man, the story of Joseph “John” Merrick and Frederick Treves, a severely deformed man and a doctor in Victorian England. The play was directed by Matthew Logan and Angela Washenfelder.

On April 12th, the company had their final performance. Their performance was in the auditorium and was open for the public. Members of Dobie High School Theatre and Kingwood Park High School Theatre attended to show their support, as well as parents and friends of the company. The company recalled their favorite memories they made throughout the production and the experiences that helped them grow the most as performers, technicians, and people.