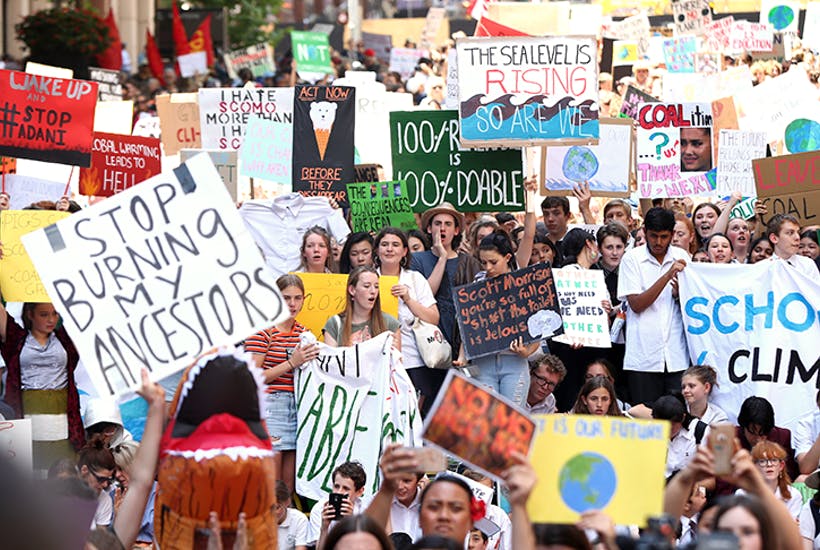 “It Means the World to Us” – Global Student Climate Change Protests

“It Means the World to Us” – Global Student Climate Change Protests

The bell rings, signaling the start of another day of school. The teacher glances at her roll sheet and begins to take attendance. When she calls the name “Greta Thunberg,” no one responds. She smiles to herself as she marks Greta absent. Today is Friday, so of course Greta isn’t here. Greta has been absent from school every Friday since August, as she protests government inaction against climate change by sitting outside of the parliament building in her home country of Sweden. Recently, however, Greta hasn’t been the only one, as students from all over the globe have joined her school strike each Friday. 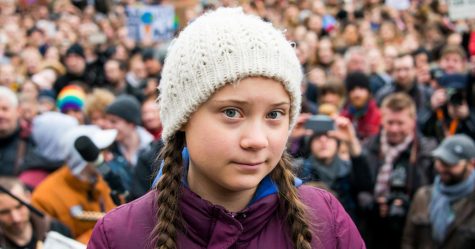 Greta’s protest gained attention after she spoke at the People’s Climate March rally. Once an extremely shy child and a selective mute, she was now speaking in front of thousands, and the words of this barely sixteen year-old girl would eventually spread to reach millions and incite action worldwide. Greta was later invited to speak at the World Economic Forum and the United Nations Climate Change Conference. The girl who once was unable to speak to those outside her family harshly scolds global leaders, saying “Maybe [my children] will ask me why you do didn’t do anything while there was still time to act,” and “You are not mature enough to tell it like it is. Even that burden you leave to us children. But I don’t care about being popular. I care about climate justice and the living planet”. Greta’s words may seem harsh, but they might be the reminder we all need, as the UN reports that we only have 12 years left to reduce the devastating effects that further climate change could wreak upon our planet.

Millions of students have been inspired by Greta’s words and actions, recognizing the need for change that governments and world leaders have failed to acknowledge and act upon – our planet needs action, and fast. In response, students in over 120 countries around the world have joined Greta as they strike from school on Fridays to raise awareness about the severity of climate change, as well as to pressure their governments to enact meaningful change. On March 15, the largest global protest occurred, with mass protests taking place on every continent, including 1.6 million students speaking out against inaction. Students protested outside of the US Capitol, Buckingham Palace, and hundreds of national and local centers of government. 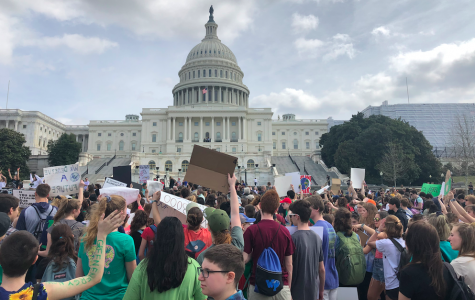 These peaceful protesters carried signs with phrases like “There is no planet B,” “I’d be in school if the Earth was cool,” and “If you’re not part of the solution, you’re part of the pollution.” Young people across the globe fiercely advocated for the political and social change that they believed necessary to save their future on this planet, standing up to the adults and world leaders who they believed had ignored the problem and delayed action for far too long.

This mass protest did not go unnoticed, as newspapers and stations around the world covered the story. However, they weren’t the only ones to notice the significance of the protest. United Nations Secretary General António Guterres was inspired by the actions of students worldwide and recognized the need for change, admitting that “[his] generation has failed to respond properly to the dramatic challenge that is climate change” and it is “no wonder [young people] are angry.” Guterres followed his statement with action, calling for a special UN summit in September 2019 to address “the climate emergency”.

World leaders have lauded Greta and her fellow protesters, and some have acknowledged the need for political change. She has spoken to important foreign leaders, the EU’s parliament, the Pope, and millions of her fellow protesters. Greta has been nominated for the Nobel Peace Prize and appeared on Time’s 100 most influential people list this year. Her actions and words have sparked global awareness and conversation about climate change.

The words of a girl, once almost mute, have reverberated worldwide, but was it enough? A better question might be “Will it be enough?” because Greta and students worldwide aren’t done protesting yet. Greta continues to strike from school each Friday and students worldwide continue to organize and strike with her, with the next mass US strike planned for May 3. Greta says they plan to continue to strike until their governments pass laws reducing emissions and protecting the environment, as well as their futures.

Greta Thunberg encourages all of us, world leaders and citizens alike, to “set [our] differences aside and start cooperating,” she reminds us that we “cannot ignore the scientists, science, or millions of children who are striking for a future,” and begs us to “please wake up and do the seemingly impossible,” because, as she emphasizes in her speeches, “our house is on fire” and it is up to us to save it.