What Band Has Been Up To in Concert Season 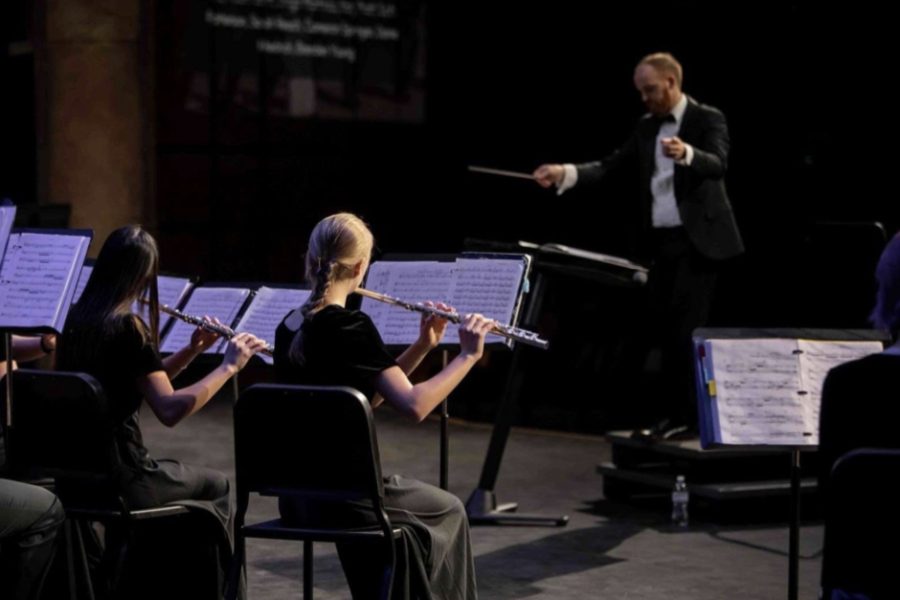 There was an excellent turnout for the TMEA region competition this year, with 8 students making it into District Band, 37 students making it into the region band, 16 advancing to area, and one advancing to All-State. This is 7 more students advancing to the region and 9 more advancing to area than last year. Students who made Region Band were placed into either Wind Ensemble, Symphonic Winds, or Philharmonic Winds, based on their performance at auditions. They then attended a 2-day clinic and performed a concert in December at Summer Creek High School. The outcomes for the region competition were outstanding, along with the clinics and performances that helped students grow as musicians.

The KHS Winter Concert took place on January 28. The concert was accompanied by 8th-grade students from Creekwood and Riverwood Middle School who made the region band. These students were invited to play a few songs with Symphonic Band and Wind Ensemble. The high schoolers and middle schoolers had rehearsals with one another beforehand. KHS Band also had their own songs for the program, and there were numerous soloists and duets. Overall, the concert was a success in that it was a great performance and experience.

Another great experience for KM4B this season was the trip to Disney World in Orlando, Florida over the February Break. The trip consisted of time at Magic Kingdom, Universal Studios, Hollywood Studios, Epcot, and Disney Springs. The band also participated in a workshop, where they played Disney music, recorded it, and then got to see it put together with the movie it was from. This was an opportunity to see the way that professional musicians rehearse. It was exciting that the band was able to go, with the spread of Covid-19 being a risk. The trip was a thrilling experience for all involved and it was great to get to go to Disney together as a band.

KHS Band has been on the go in recent months, and there’s only more to come!