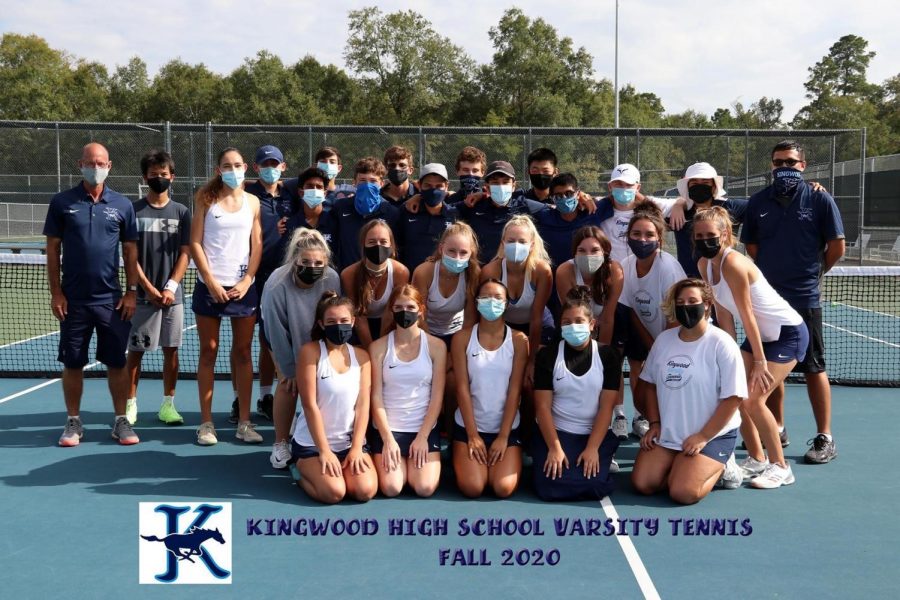 Unfortunately, the 2020 Mustang Team Tennis season has come to a close. Kingwood was defeated in a close playoff match, 8-11, by Clear Springs last Friday. The team got off to a slow start, winning two of the seven doubles matches. In singles, we split as both schools won 6 matches each. It was somewhat disappointing to lose because we didn’t get a chance to play Deer Park again, who eliminated us in the playoffs last year.

For the seniors, this was their last team tennis match. Overall, our team exceeded expectations since we lost 4 of the girls starting lineup and 3 starting guys from last year. Experienced players like Adam Rodriguez and Daryl Locke stepped up at line one this year, while two important players, German Diaz and Calista Tjimes both made big jumps to line two. Freshmen Janak Krishnan and Aubrey Hagen both had impactful contributions in their first year on the team. However, next year’s team should be much stronger since half the team will be seniors with more match experience under our belts.

In the spring we will likely have a shortened individual season due to Covid-19, but it still should be fun and helpful for the development of younger players. That should start sometime during February and will last till April. Before then the whole team will be practicing hard to improve in both singles and doubles, so we will be ready to go for next year.