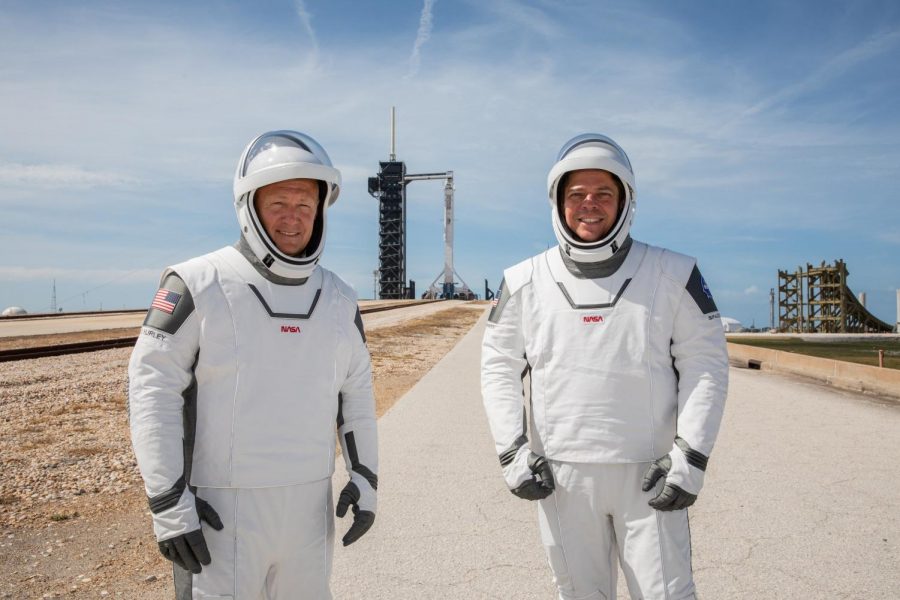 Astronauts Douglas Hurley and Robert Behnken pose at a dress rehearsal for the Demo-2 mission.

On Wednesday, May 27 at 4:33 p.m. EDT, SpaceX planned to launch their first manned spacecraft, the Dragon, from the Kennedy Space Center. Due to weather conditions, the launch was scrubbed. They now aim to launch veteran astronauts Douglas Hurley and Robert Behnken on the Demo-2 mission on Saturday, May 30, at 3:22 p.m. EDT. Though the change of launch date is a setback, hindrances like it are common, and the good news is that no problems were detected regarding the crew or spacecraft.

The Crew Dragon spacecraft could become the first ever private spacecraft to transport humans to the International Space Station. This launch is not only a groundbreaking feat for SpaceX and other private companies, but also for NASA. The mission is part of NASA’s Commercial Crew Program, a partnership designed to maximize the efficiency of US space exploration with the help of private companies such as Boeing and SpaceX. Though American astronauts have gone to space in the past several years, none have launched from the American soil since 2011. That’s a long time when it comes to space exploration!

If the launch is not carried out on Saturday, a second backup is scheduled for 3:00 p.m. EDT.  For now, prospective viewers can expect to watch from home on Saturday through various livestream opportunities.