Australia Wildfires: What is causing them and What does it mean for Australia? 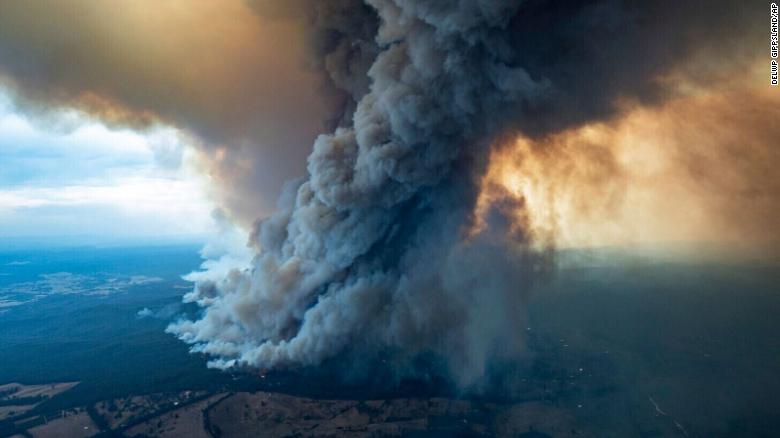 Three fires have combined to form a single blaze bigger than the New York borough of Manhattan, as Australian firefighters battle what has been predicted to be the most catastrophic day yet in an already devastating bushfire season. - By Nectar Gan and Hilary Whiteman, CNN

Australia Wildfires: What is causing them and What does it mean for Australia?
As you may have heard during the last few weeks and especially at the beginning of the new year, a great portion of Southern Australia is on fire, devastating the country and destroying Australia’s unique fauna and flora. At the beginning of January, around 500 million animals were estimated dead, with that number now above 1 billion; thousands of people had been ordered to evacuate, many had lost their homes, and tens of others have died.

Why are these bushfires occurring now?

2019 was particularly a bad year for Australia, as the country reached its record heat and record drought. As climate change continues to be one of the major issues for our generation, many countries like Australia are facing the devastating effects of global warming. On January 4th the temperature outside of Sydney reached 49 degrees celsius (120 Fahrenheit), and with this rising temperatures come the unstoppable fires.

So, what does it mean for Australia and the rest of the world?

Local firefighters and thousands of volunteers have been fighting the flames, as well as firefighters from the US and Canada. The Australian Navy has also been helping by evacuating and rescuing people. The rest of the world has helped by donating money to organizations that are helping alleviate the crisis, and dozens of volunteer organizations had offered to help.

For now all Australians can do it’s to wait for rain, and hope that this living nightmare- as many called it- comes to an end.